Origins of Surnames in Britain 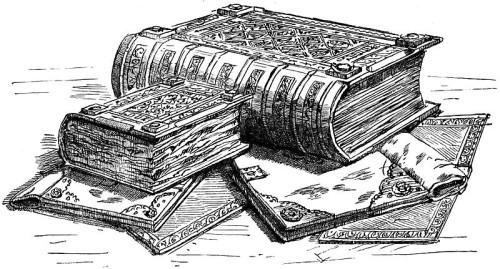 I was surprised to find out that surnames are a recent thing. I guess you don’t really think about it too much when you and everyone you know has had one all your life. But to know that little villages in England just had their own Adam and Eve and all called each other by one name is really getting back to the dawn of time. Surnames are really the breadcrumbs in tracing a line in genealogy, but looking at the history of surnames gives a hint to figuring out the many twists and turns it can take to track you back to your original ancestors.

British surnames are generally grouped in four main classes; patronymics (which are names derived from a father) e.g. Robertson with the father’s name being Robert; names from places e.g. Bolton, local features e.g. bridge, wood, hill and occupational surnames e.g. Smith, Butcher. Then there are some surnames that come from nicknames e.g. Short.  This is a good start to figuring out options with where your surname may have originated.

In 1066, the Normans invaded and they brought with them their use of surnames to England. However unlike today where your surname is passed down in your family the Normans used ‘de’ and the lands that they held or come from. For example my Warren ancestor William de Warrene, come from a castle with the name Warrene. The Doomsday book was the first opportunity to record all these new English surnames and it was popular with the English aristocracy.  However the use of surnames was slower to spread among common people but was generally adopted by the 13th to 14th Centuries.

Another great thing about surnames is that they may give you a hint of where on the map of England that your family may have originated from. There are many websites now that are mapping the popularity of surnames and have found that surnames ending in Viking words are still popular along the east coast of England. You may have trouble finding a place of origin if your last name is the most popular surname in England – Smith – as nearly every village would have needed a smith.

Surnames are seen as set in stone and dependable. But be wary as they can be as changeable as weather. One of the worst mistakes to make in genealogy is assuming that your surname looked and sounded the same as today. There are many examples of surnames being written down wrongly when clerks registered people’s names.  Even Smith has a multitude of variations; Smithe, Smythe, Simth. Also many times in history immigrants have gone to new countries and have slightly changed their names. Even the British royal family changed their surname to Windsor instead of using their German surname of Gotha after World War One.

Surnames give us all a sense of belonging in a family, something shared no matter how far we live apart. Surnames have also given people a sense of identity and can be hard to give up. I still look at old documents with my maiden name and miss using that name. I guess in the future there may not be a great need to conform to the idea of taking your husband’s surname and there may be no need to be part of a ‘tribe’. We may just know each other through our stage names just like celebrities or maybe even a symbol like prince.

Hope you enjoyed reading about surnames in Britain and if you have any comments or questions let me know by going to the ask a question box on the website of The Family Ancestry Detective.